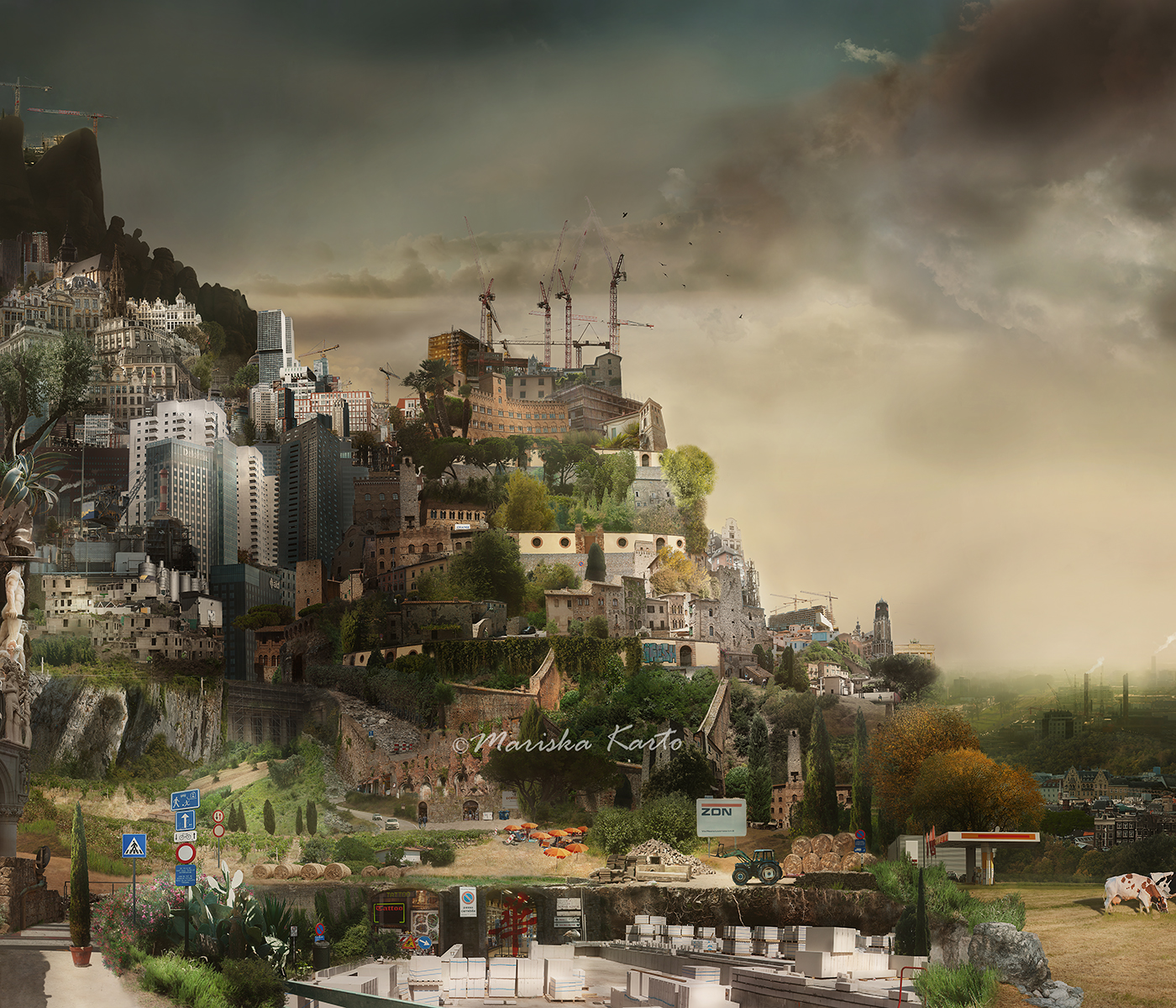 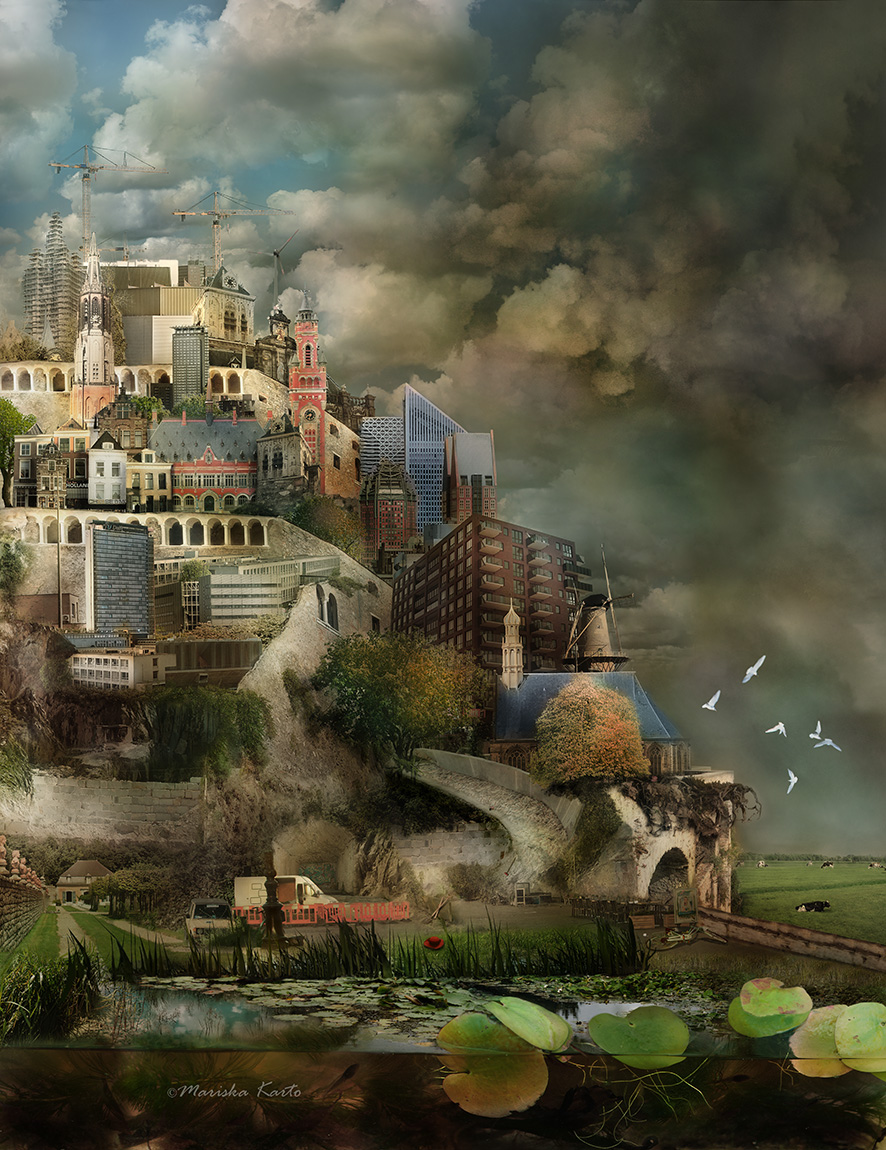 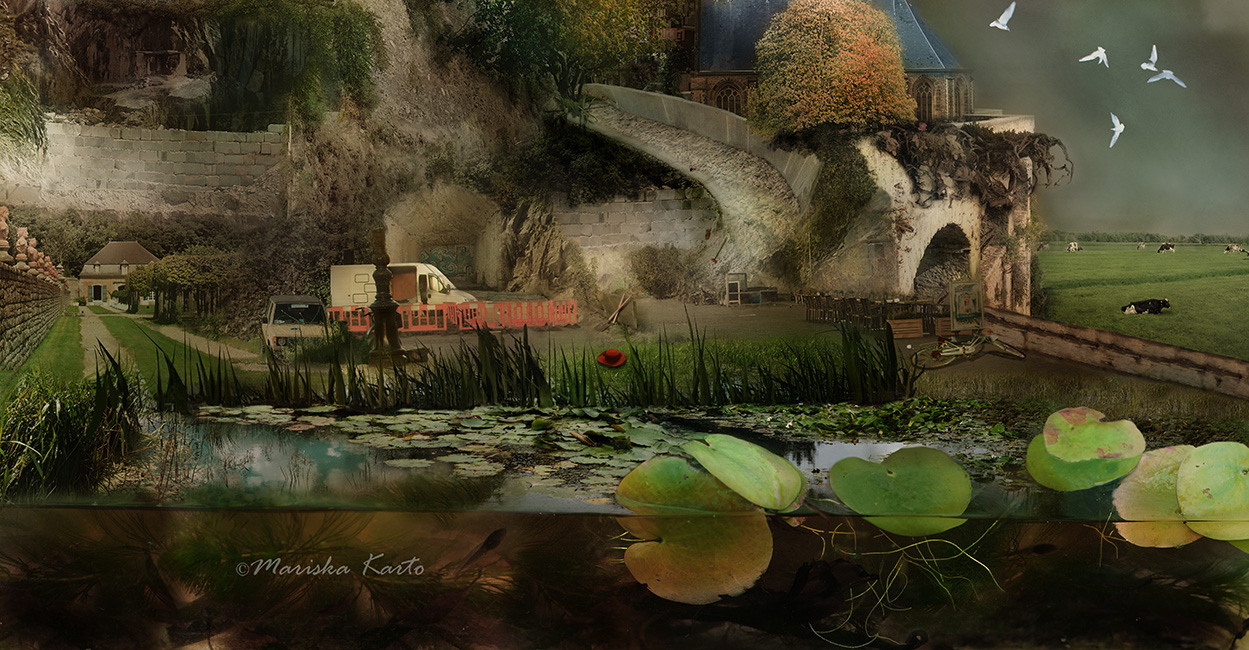 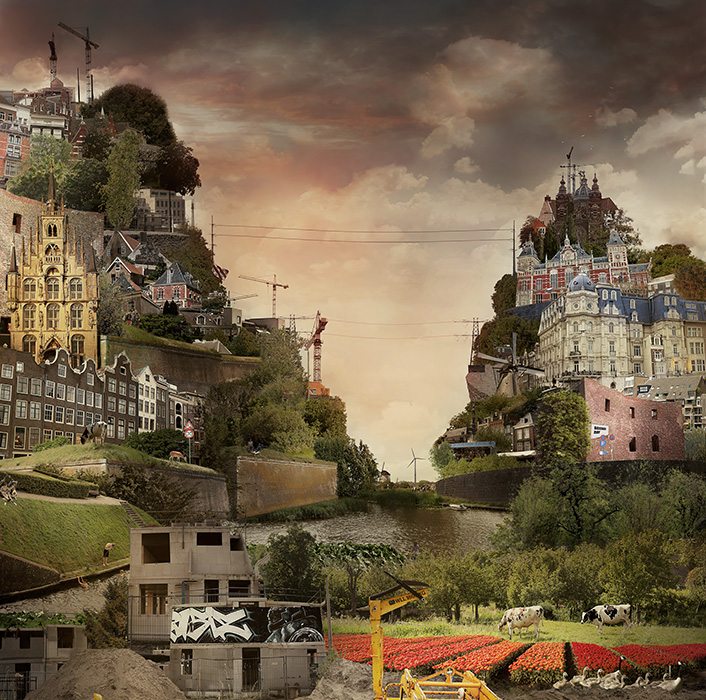 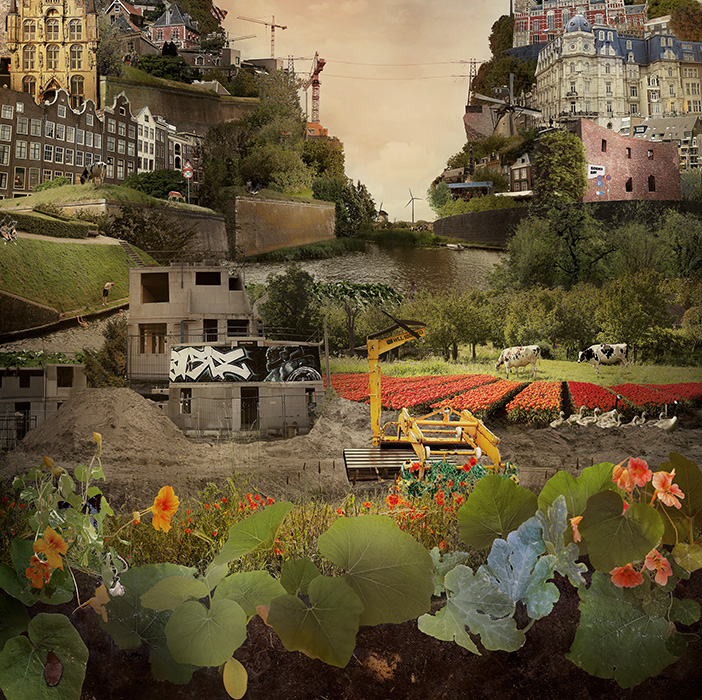 I am fascinated by the relationship architecture has with mankind. It clearly shows the development of man, culturally, socially and technically. Mankind and architecture are strongly related to each other.
Besides that it is one of the basic needs that people need…. Shelter.

When looking at the future, changes in climate and landscape will bring new forms of construction. The Netherlands is deep below sea level, will the country have to build higher into the sky?

How will the relationship between city and nature look like? What will be our response to extreme weather?

How does a landscape of Rembrandt look like 300 years later? I have documented what Rembrandt showed with brush and paint, I did with modern mediums; photography and digital techniques. I photographed photo’s from cities and landscapes all over Europe and combined them in a hyper-collage, into one final image using digital techniques. In this image we recognize Rembrandt’s wordly landscape, influenced by contemporary times.
The work clearly shows progress over the years, but that has also left its mark. New questions arise…How will this affect our landscape…? I photographed the evergreen grass in yellow dry situation in a very dry time here in the Netherlands.

This is my First Citylandscape.
The work The Hague/Delft shows the evolution of Delft and the Hague. Delft, historic city of the royal family and The Hague, city of Dutch gouvernement of the Netherlands. In a way this is a work of Kingdom of the Netherlands.
The influence of the churches in its historical context and the central government role of the Hague , as the guardian of peace in society, which its function is to ensure that there are no issues and quarrels on its tower and home of many people, hard times for this tower in Covid19, at the moment. There is an absence of humans. As if we are looking at a mysterious image just after something has happened. How strangely realistic this vision has become!